Over winter break, my family and I went to check out the Alexander Calder exhibit at the National Gallery of Art in Tower 2. Of course, Calder’s 85-foot work* has graced the atrium of the NGA since the 70s. (Paul Matisse, grandson of Henri Matisse, helped him enlarge his original concept, and it was finally installed in 1977, a year after Calder’s death.) 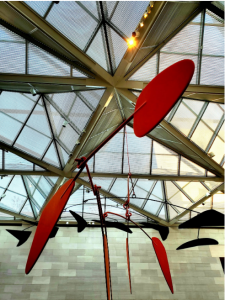 *Calder is known for his mobiles. You can check out a history of mobiles, here.

The Tower 2 exhibit showcases many of his works (the largest Calder exhibit in the world, actually) and includes some of his oil paintings.

[These pieces may be of particular interest to Maury students, because some were inspired by Piet Mondrian, an artist who Ms. Bomba introduces her students to regularly.]

My 12 year old, as well as my 5 year old niece and 8 year old nephew enjoyed the exhibit.

And, I learned that Alexander, or Sandy, as my great-grandmother called him, used to let my grandfather play with his models during the time they all happened to be living in Paris. 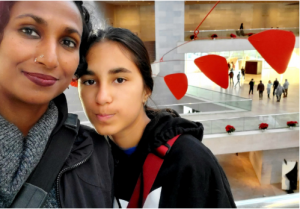 A mobile from the Tower 2 exhibit. 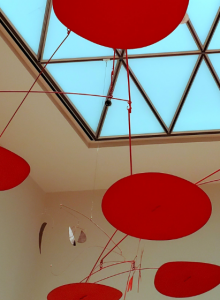 In our time at the NGA, I also stumbled across this piece, by Glenn Ligon. It is his Untitled (I Am a Man), referencing the signs carried by 1,300 striking African-American sanitation workers in the 60s. Their signs were a nod to Ralph Ellison’s prologue in “Invisible Man”. 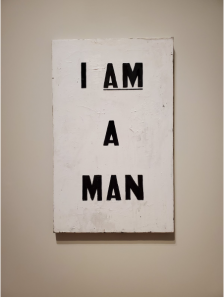 You can read more about this iconic piece, here.

Ligon has several pieces at the NGA and are well-worth a trip to celebrate this artist during BHM.